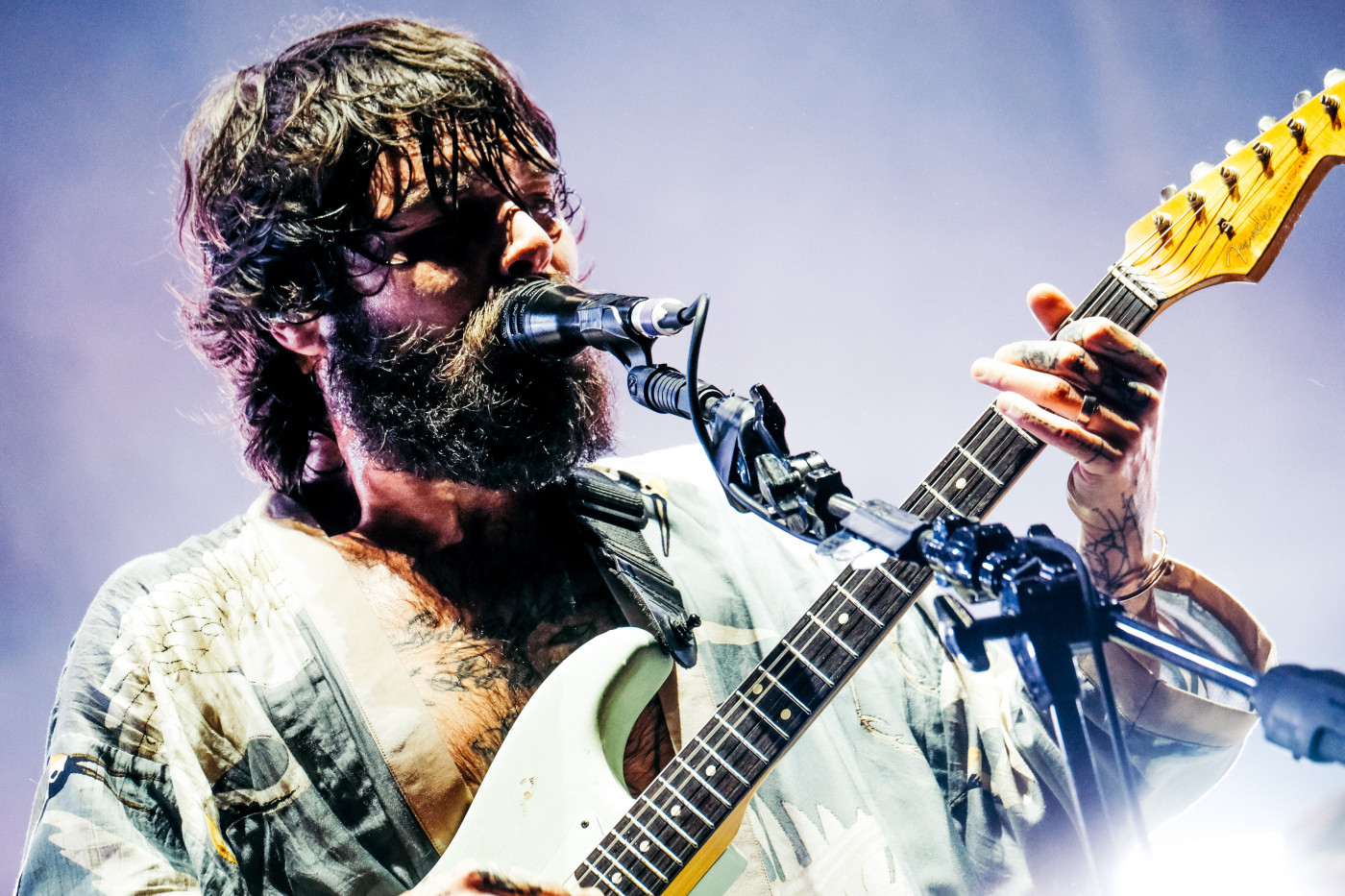 Glasgow’s favourite sons finally managed to kick off the Fingers Crossed tour properly at the third time of asking (and in the third venue booked) last night, as they took over the TRNSMT site at Glasgow Green, and proceeded to show 40,000 fans exactly what they’d been missing over the last couple of years. 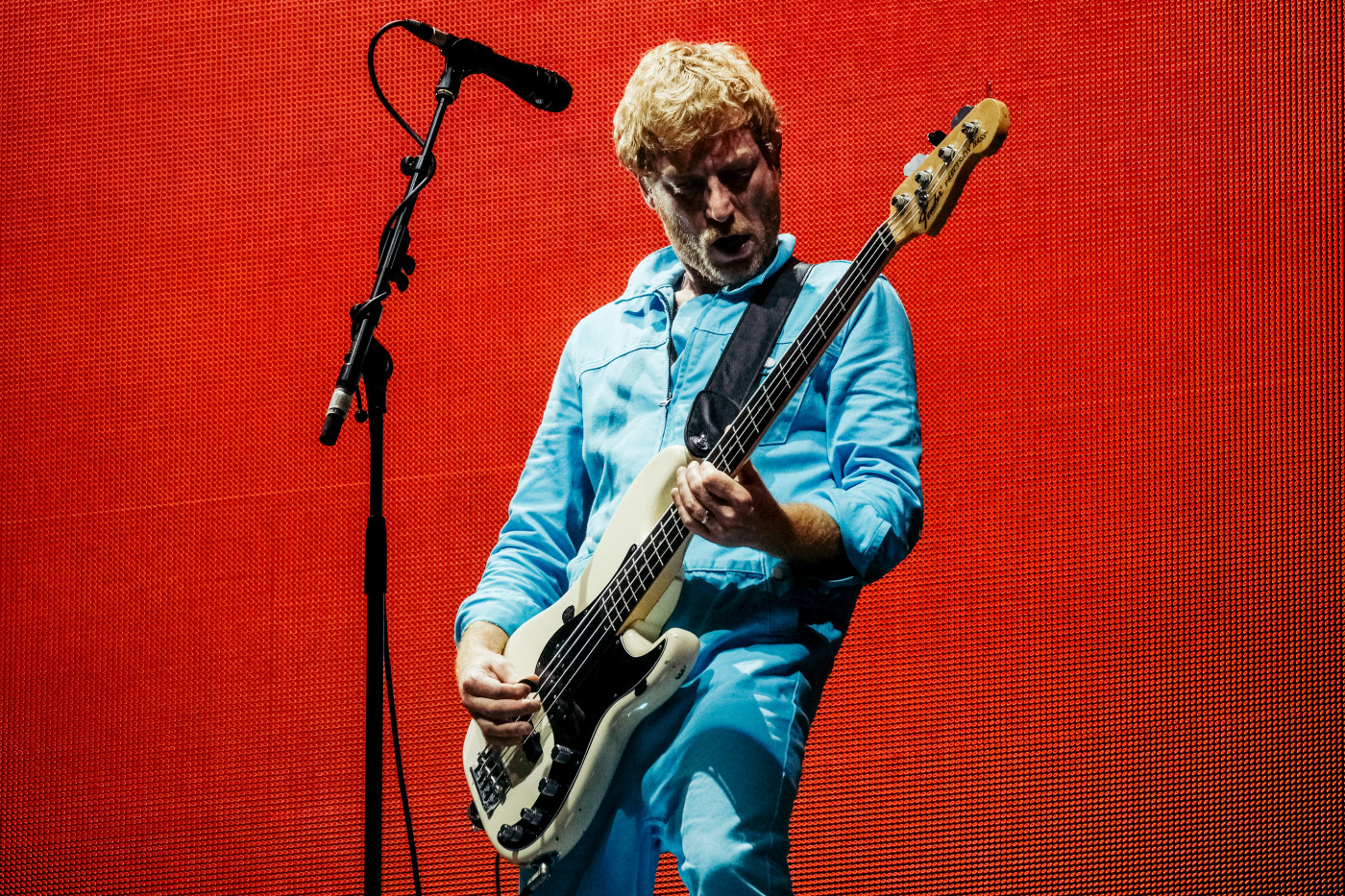 Porridge Radio’s short opening set doesn't really have time to get going. As one of the most interesting and exciting new bands in years, sticking them onstage as the gates are opening feels a little unjust. Closing track Sweet comes just as it feels like the band are getting into their stride, and just as the building crowd are starting to pay attention. It’s a disarmingly powerful set, and one which bodes well for the future of this band. 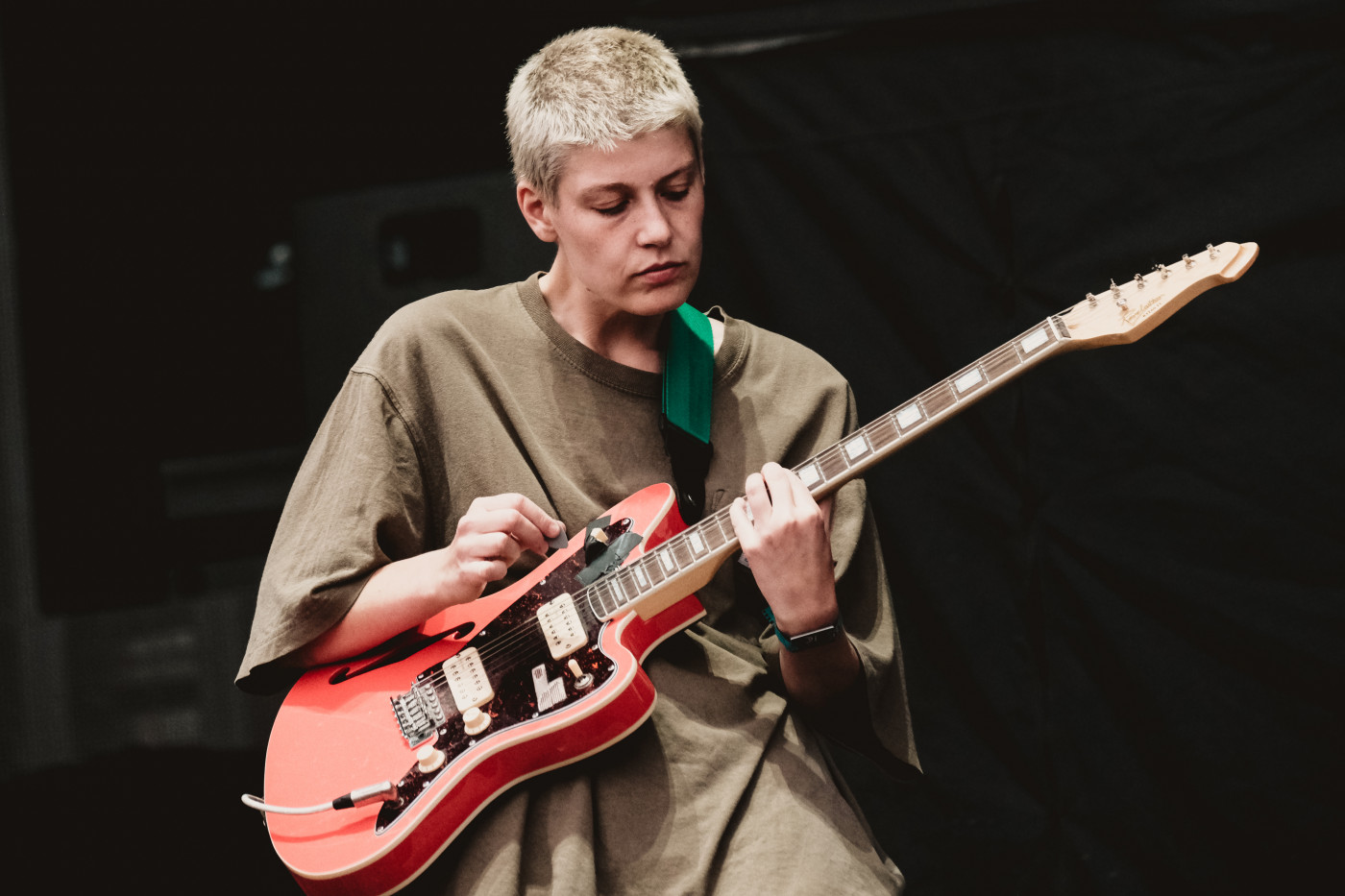 Frank Carter knows these parts well - having done the rounds of Glasgow venues with current band The Rattlesnakes, as well as previous outfits - so when he namedrops local spots King Tuts and The Cathouse he immediately endears himself to a crowd who are known to be able to spot a faker a mile off. Opener My Town (sadly missing IDLES’ Joe Talbot in this live incarnation) hits like a brick, before Carter decided the stage isn’t big enough, so takes to the oversized pit to get up-close and personal with his crowd. He’s a man who is visibly at ease with himself these days, and the show is all the better for it. The ten-song set flies by far too quickly, with Devil Inside Me and Kitty Sucker (which may just be the filthiest love-song ever written) standing out in a set full of stand-outs. 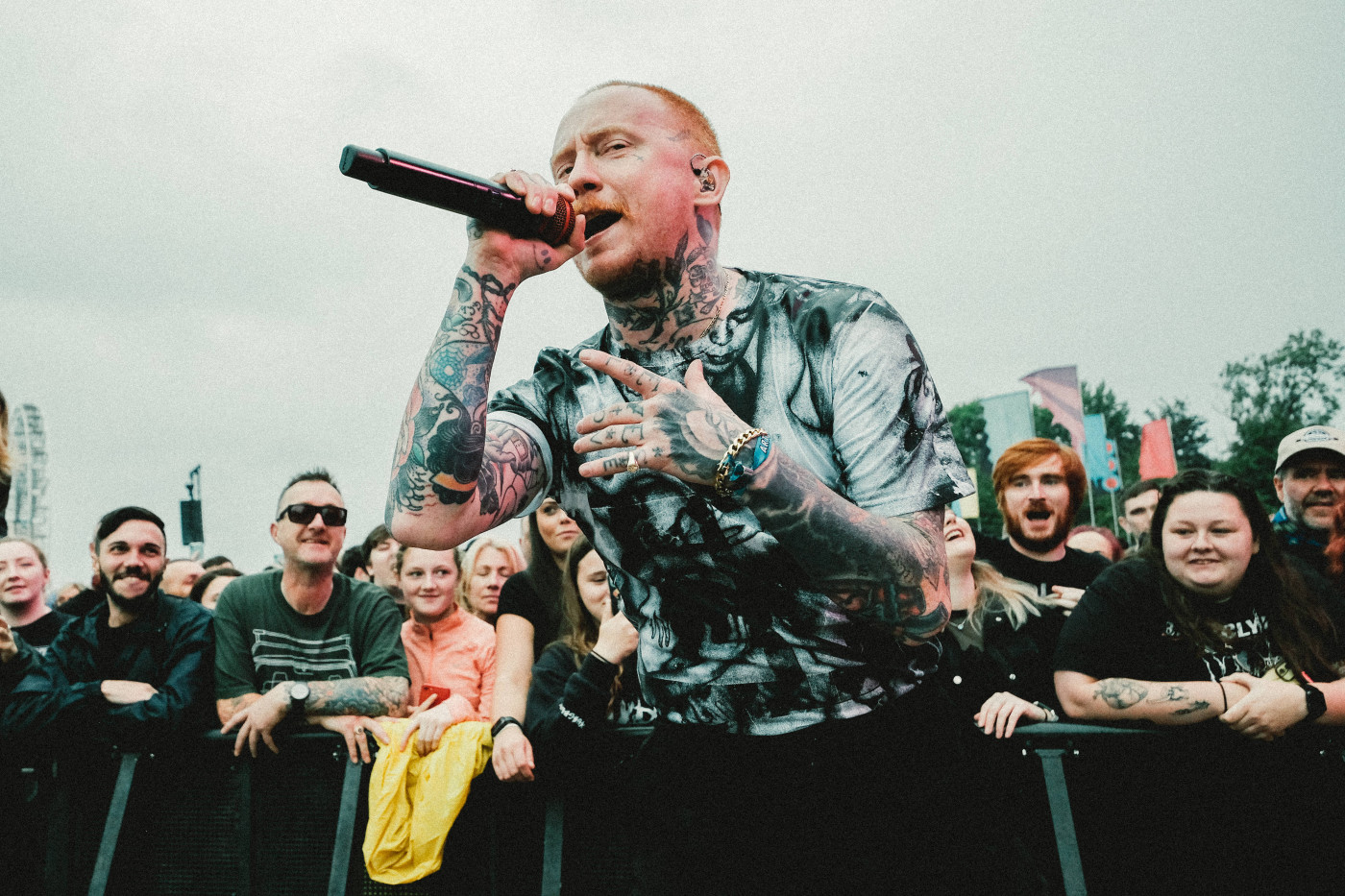 Someone forgot to tell Yungblud that this isn’t his gig. Hitting the stage like a whirlwind, and doing his absolute best to steal the show, he rips through most of 2020’s Weird, including standout SuperDeadFriends (which borrows heavily from Beastie Boys classic Sabotage) and breakthrough single Parents, eliciting singalongs from a crowd that, for the most part, should be old enough to know better. It’s infectious. I join in.

Yungblud is a once in a generation phenomenon that few north of  age 30 will ‘get’, yet a considerable cross section of teens would probably take up arms in his defence. His set is a glitterball-punk riot of taut nylon and smeared lipgloss, and he just might be en-route to taking over the world. I for one welcome our new punk overlords.

Shortly after 9pm, the stage starts to flicker into life. Every surface, riser, and step is a panel of swirling light and colour, and as smoke begins to flood the stage, the atmosphere ramps up yet another notch. As the band take to the risers at the rear of the stage, the noise is unreal. Biffy’s fans have been waiting for this. Mathrock tinged opener North Of No South screams as strobes tear across the crowd and everyone in the front fifty rows gets separated from their friends all at once.

Drawing from their now-considerable back-catalogue, the band reach as far back as 2002’s Blackened Sky to throw down a soaring take on fan-favourite 57, right through to the best cuts from current long-player A Celebration OF Endings, which are shown in a whole new light in the live arena. The band even gives us a glimpse of the future, in the shape of Unknown Male 01, lifted from The Myth Of The Happily Ever After, a surprise project that Simon Neil has called ‘a reaction to A Celebration… the ying to it’s yang’. The new track is Biffy at their sombre best. Reminiscent of Frightened Rabbit in parts, and it bodes well for the new project (that they’re being very cautious not to call an album).

By the time Machines rolls around to close the show, the sense of love and community across Glasgow Green is palpable. There might be signs everywhere recommending social distancing, but after two years of being unable to jump around with friends old and new in a field on a rainy evening, there was little chance of them being read, less so adhered to. There are hugs, there are tears, but mainly there is joy. A celebration, in the very truest sense of the word. 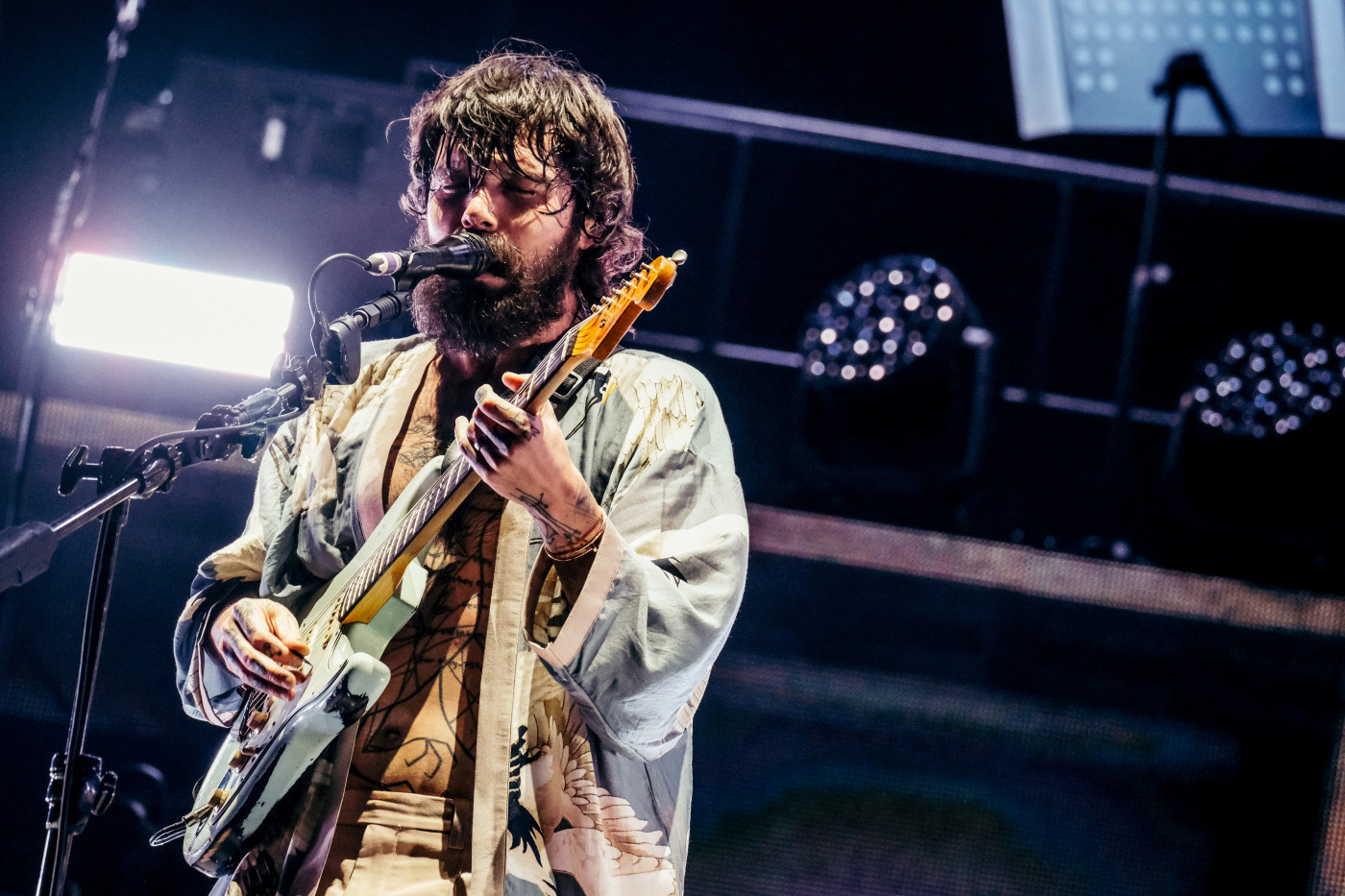 Words and photos by Thomas Jackson