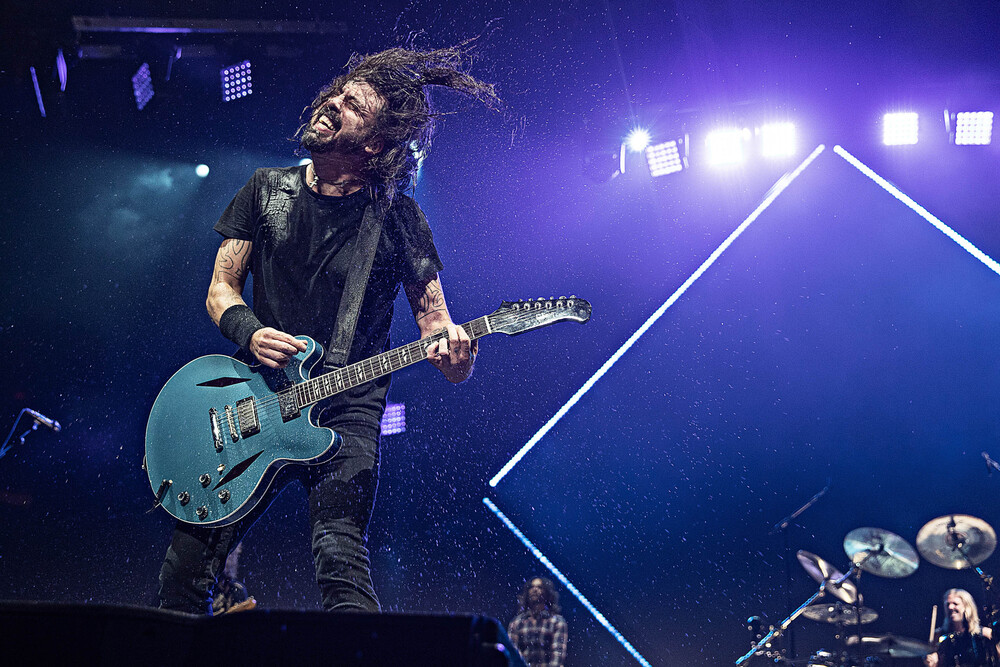 Dave Grohl and his Foo Fighters land their third No. 1 album on Billboard’s Top Album Sales Chart with their tenth studio album "Medicine at Midnight."

"Medicine at Midnight" is also the number-one vinyl record of the week, with 23,000 copies sold.

The band finished Medicine before the Covid-19 pandemic and was recorded in a large, old house from the 1940s in Encino, Los Angeles.

One song on the album, "Cloudspotter", contains a guitar riff that Grohl wrote 25 years ago in Seattle, but was never able to find a song to use it in until now.

Dave Grohl regarding the writing process for "Medicine at Midnight" stated "Some of those songs, the best ones happen in 45 minutes. Then there's other songs — there's a riff on the new record I’ve been working on for 25 years. The first time I demoed it was in my basement in Seattle."

"Medicine at Midnight" is out now on RCA Records.

Listen to their new single "Waiting on a War" below.