DEBUT SINGLE + VIDEO “THE MEN WHO RULE THE WORLD” OUT NOW 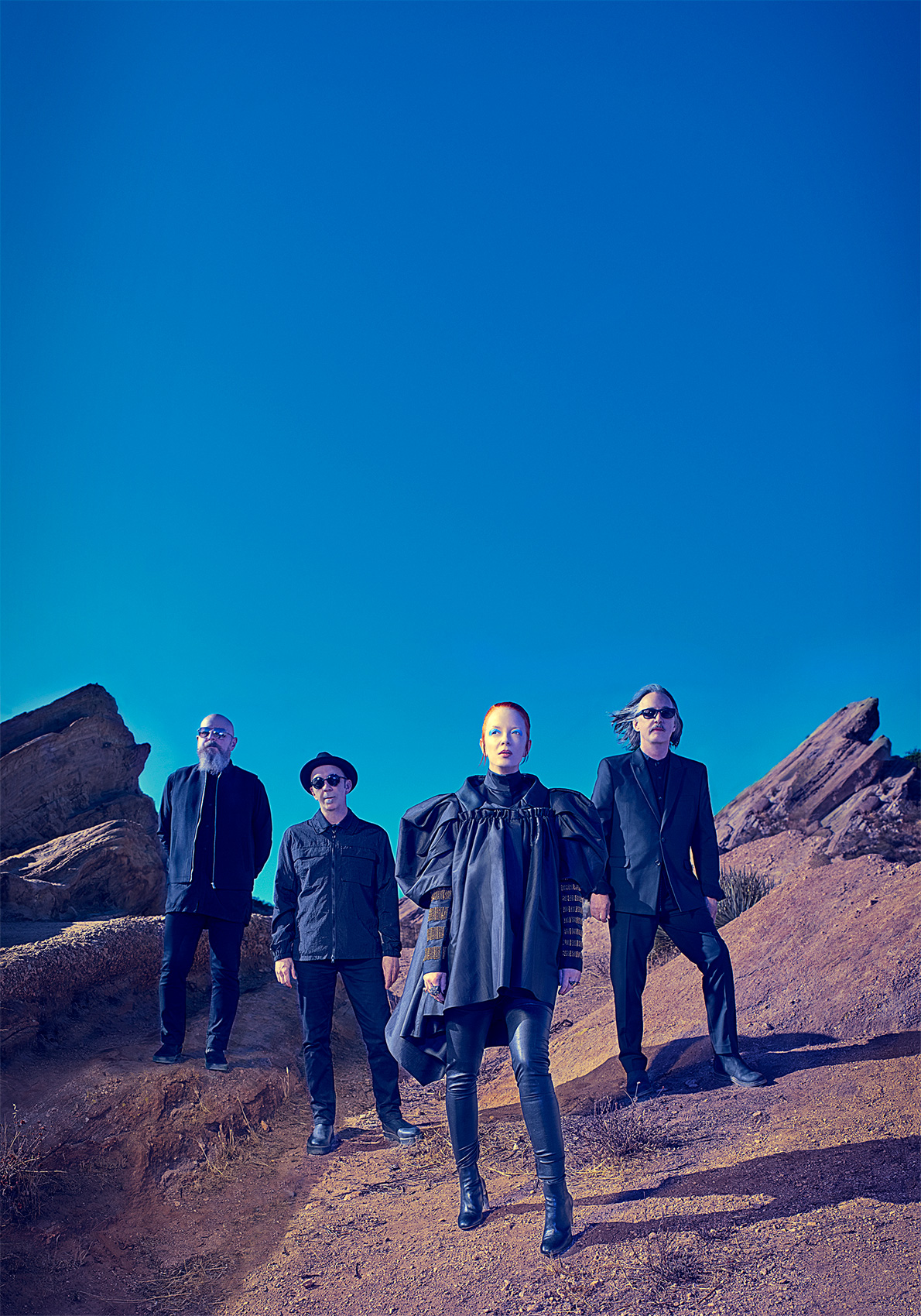 This is our seventh record, the significant numerology of which affected the DNA of its content: the seven virtues, the seven sorrows, and the seven deadly sins,” says the band’s iconic frontwoman Shirley Manson of the album and its twists and turns from capitalism and lust to loss and grief. “It was our way of trying to make sense of how fucking nuts the world is and the astounding chaos we find ourselves in. It’s the record we felt that we had to make at this time.”

“The Men Who Rule the World,” the opening track of No Gods No Masters, is a protest song – a searing indictment and call to arms critiquing of the rise of capitalist short-sightedness, racism, sexism and misogyny across the world. It’s a clear statement of intent from a band who still believe in the power of dissent, setting the tone for the rest of the record. Produced by Garbage and long-time collaborator Billy Bush, the seeds for No Gods No Masters were planted in summer 2018 in the desert in Palm Springs. The quartet – Manson and bandmates Duke Erikson, Steve Marker and Butch Vig – convened at a home belonging to one of Marker’s relatives and sketched out the skeleton of the album over two weeks, jamming, experimenting and feeling the songs out. They then took those demos and went their separate ways before connecting in Los Angeles to finish the record.

Garbage will unveil a deluxe CD/digital version of No Gods No Masters featuring covers of classic tracks by David Bowie, Patti Smith and Bruce Springsteen along with rare Garbage originals. The deluxe version also features new voices, with appearances from Screaming Females, Brody Dalle, Brian Aubert, John Doe and Exene Cervenka. The album will also be in record stores starting June 12 as part of RSD Drops and will be available in limited edition pink vinyl, featuring alternate cover art.

Since releasing their eponymous debut album in 1995, Garbage has blazed a unique sonic trail, garnering critical acclaim and amassing a passel of hits as well as seven Grammy nominations along the way to 17 million albums sold.