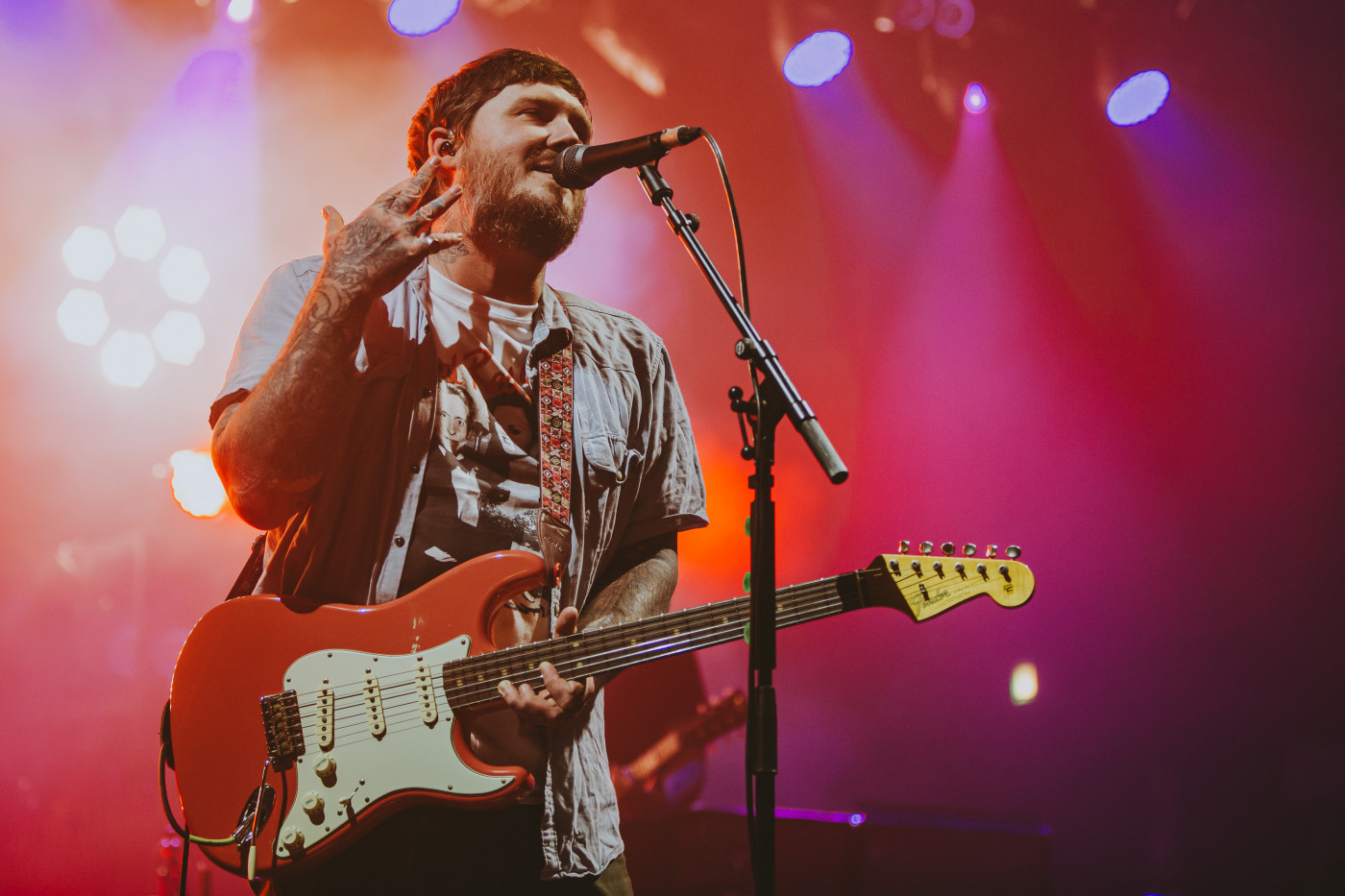 In the midst of their eagerly awaited European tour, The Gaslight Anthem stopped off at Manchester Apollo. We sent Enna Bartlett and Danny Payne along to check it out. 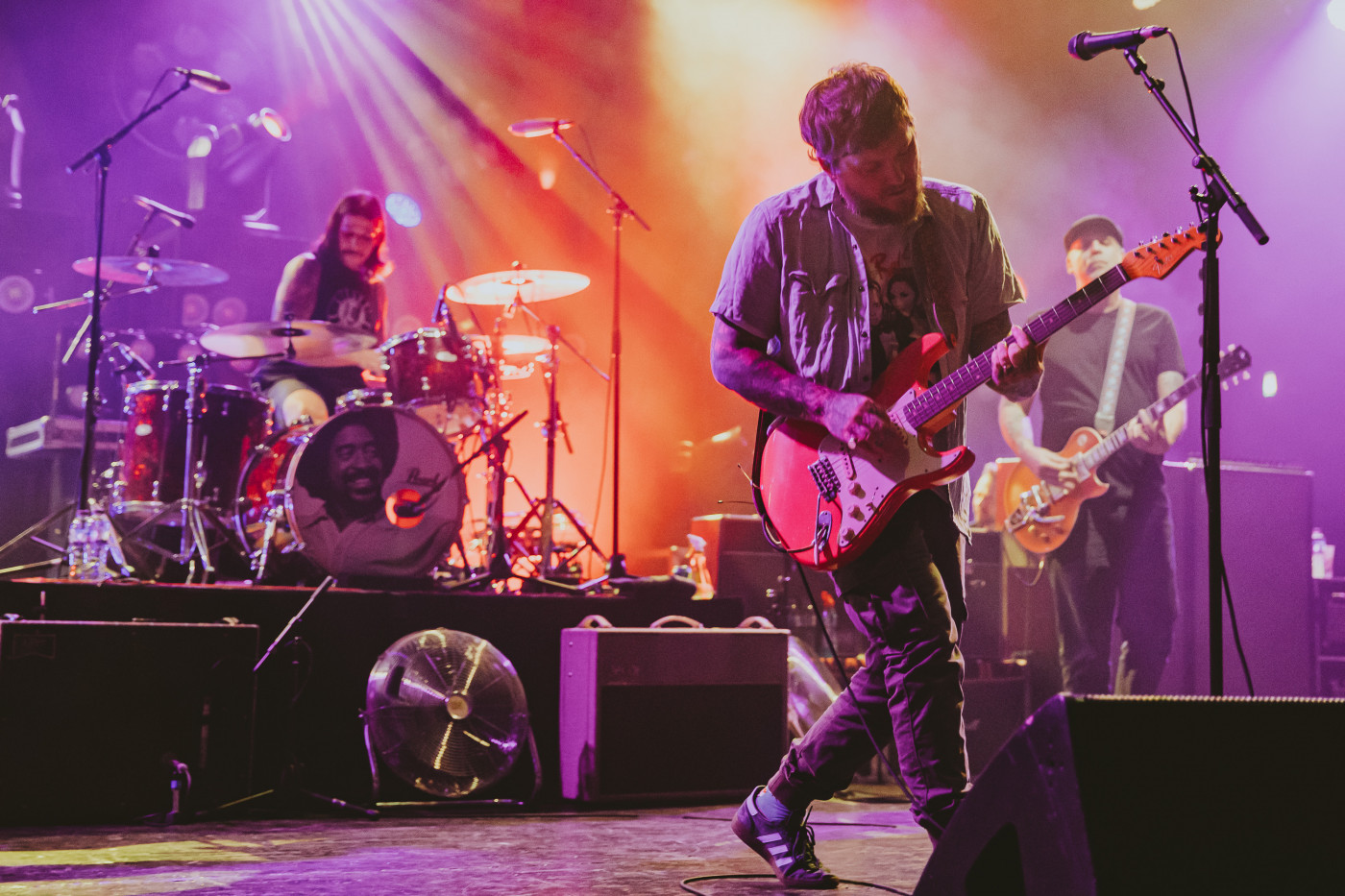 When I was asked to write this review, I initially wasn’t sure whether to accept or not. Sure, my background is in copywriting and in the words of my mate ‘you can string a sentence together’, but I’ve never reviewed a live performance before, not least for a band I’ve never heard of (somehow TGA passed me by during my high school punk rock phase). So, if you want to hear the thoughts of a person who went to a gig not knowing what to expect, read on.

What I was treated to was a heavy dose of teenage nostalgia (a sweaty room, warm beer and loud music), a crowd who clearly loves the band, and a group of talented musicians who were actually happy to be there interacting with their fans once again.

After a six-year hiatus (peppered with a few one-off bits of activity), the quartet from New Brunswick, NJ, are once again touring with sell-out shows across the country. There’s also a new album in the pipeline.

On walking into the beautiful Art Deco O2 Apollo in Manchester, I was greeted by a room full of (mostly) millennials and an excited buzz in the air. The crowd was happily singing along to the 80s classics that filled the silence before the band arrived (think sexy sax George Michael and power ballads a la Whitney Houston). It is at this point that I notice behind me a Scouse girl excitedly chatting to an already tipsy Geordie, who is apologising profusely that he can’t understand what she’s saying (despite saying that he loves the Scouse accent).

The lights go down and the crowd whoops as the band enter to Oasis ‘Live Forever’. All four members of the band are present along with two touring members. The stage setup is slightly uninspired with a lighting rig somewhat reminiscent of a late 90s school disco (maybe they’re trying to make us millennials feel at home?), but, to my relief it’s apparent that they’ve nailed the sound. Fallon’s gravelly voice can be heard clearly over the guitars which are balanced against the drums. If there’s one thing that pisses me off at a gig it’s when the sound is unbalanced, what a way to ruin the listening experience. But gladly that is not the case tonight.

The show kicks off with ‘Have Mercy’ and the crowd are seemingly happy with that choice, instantly singing along. The apologetic Geordie behind me makes a stream of strange guitar noises roughly in time to the music (much to the chagrin of my companion), then apologises to the Scouser for being annoying.

A few songs in, Fallon takes the opportunity to have a chat with the crowd, which is something I really like to see from a band.  It creates a connection between the performers and crowd, it adds something special to a gig. Fallon has quite a flair for humour and happily chats to a guy, elevated on the shoulders of his friend, who has taken his shirt off and thrown it on the stage.

The show continues on a rollercoaster of ups and downs with slow lilting songs followed by the heady highs of raw pop/punk/rock. All throughout the crowd sings along and enjoys every moment of it. I was surprised to notice that from start to finish the crowd were remarkably well-behaved, no moshing and only a handful of beer cups were flung into the air.

As they move through the setlist the band and the crowd gather momentum. It is about mid-way through that it really starts to feel like a rock gig, the lighting guy has finally found his big-boy trousers and the band become more animated while the crowd sings ever louder.

As the show draws near the end, it’s clear that TGA have saved the best ‘til last and they smash their way through classics such as ‘Get Hurt’ and ‘45’ to close with ‘The 59 Sound’. In total TGA rocked through a 21-song setlist to deliver nearly two hours of live music, these boys know how to put in a good shift.

All in all, the show was a great throwback to days spent drinking warm cider and listening to grungy music on tinny speakers from those early smartphones. Speaking of smartphones, I was pleasantly surprised to notice that there was a near complete lack of phone screens in the air. Quite often you can watch everyone else watching the performance through 6 inches of tempered glass. But tonight, it was different. Everyone in the room was present, enveloped in the experience. I think we must be the last generation, the ones who just about grew up knowing life without technology, who know how to experience something visceral like live music without the need to live stream/tweet/story/post about it. 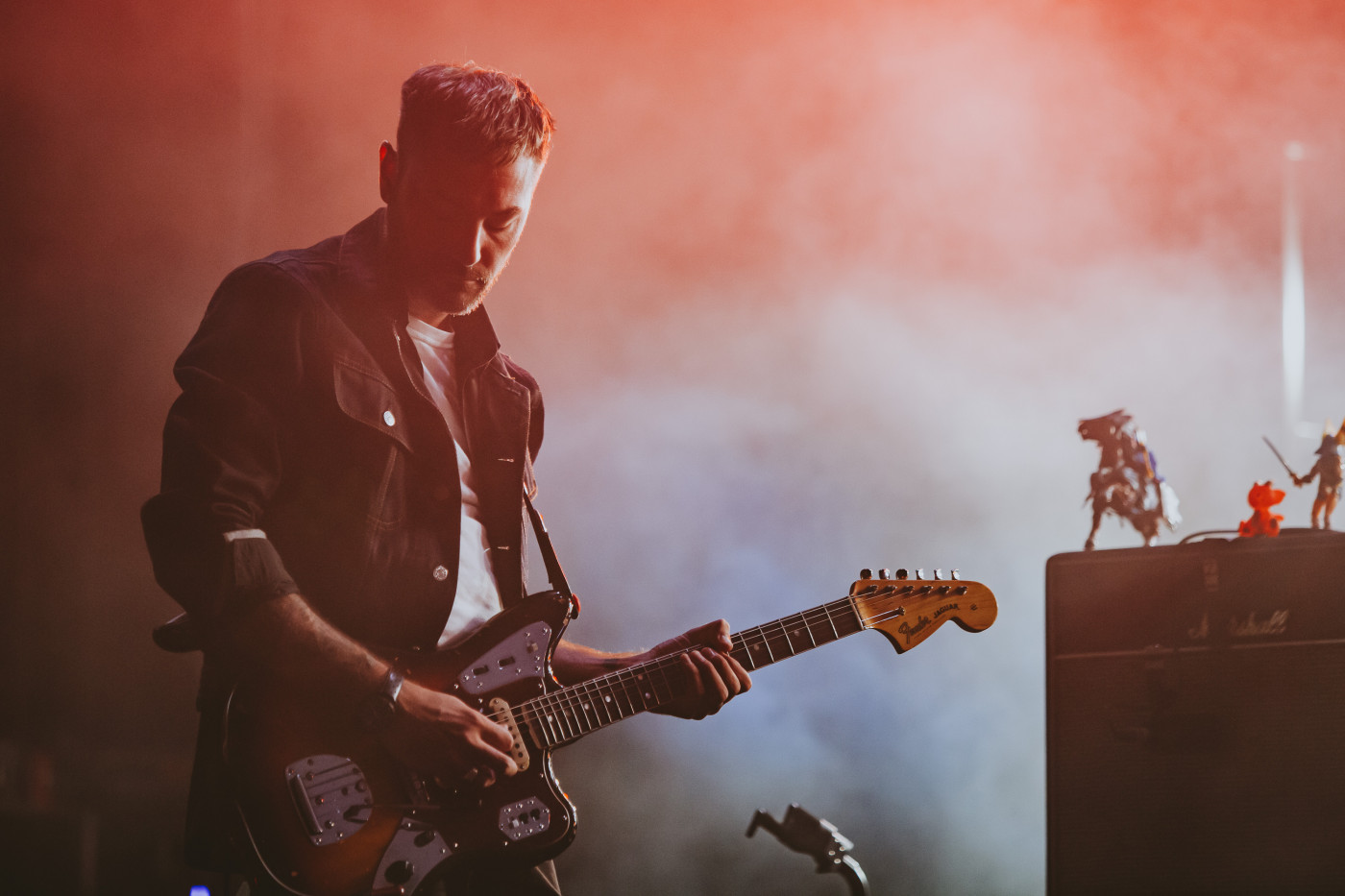