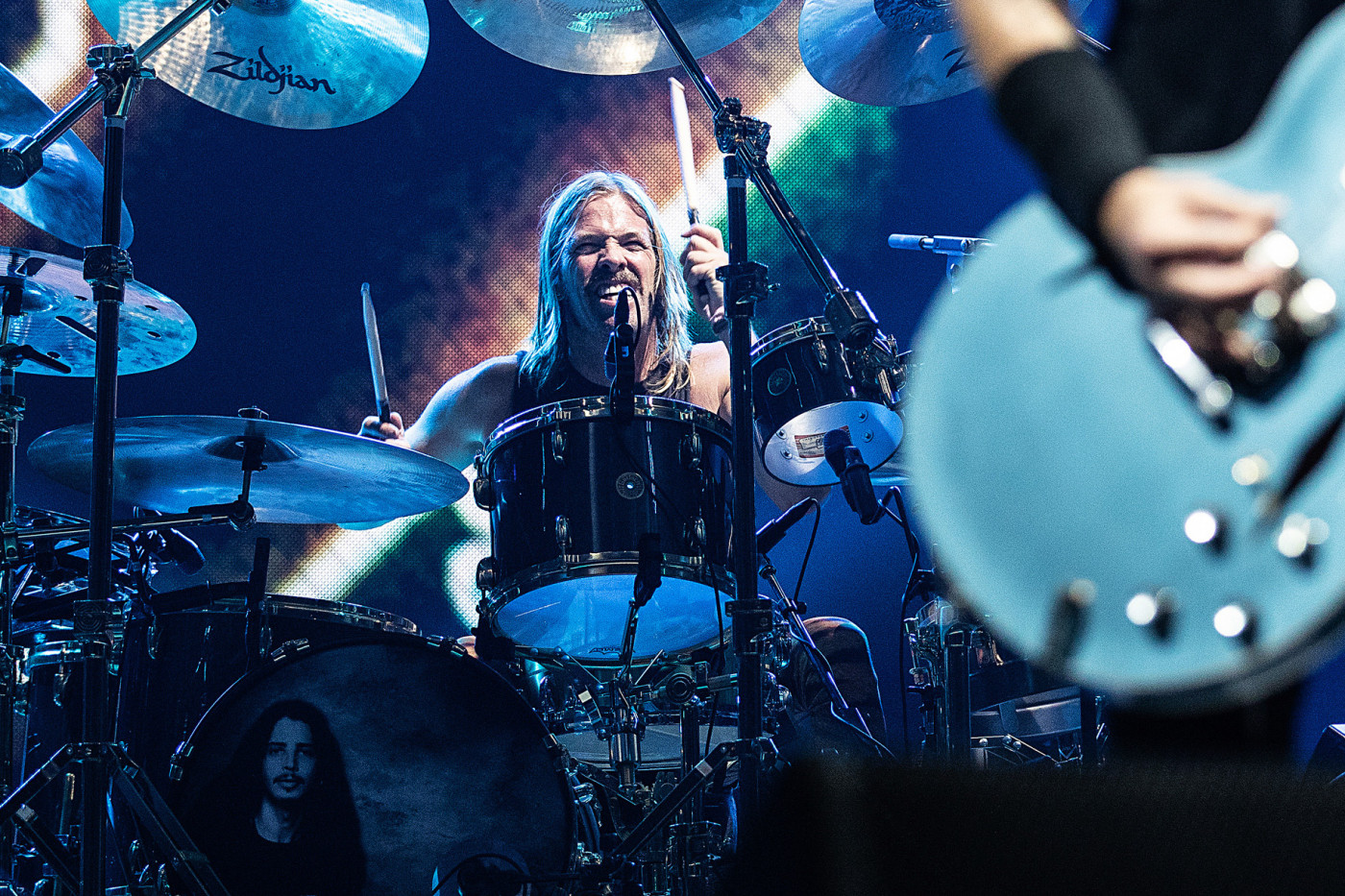 Last night when I heard my wife scream " Oh NO!!! I believed it was yet another terrible tragedy happened in The Ukraine. Instead, she yelled out that The Foo's Tayler Hawkins  has died, she read from an official tweet from The Foo Fighters.

I had this great long relationship with Taylor. We first met on the first arena tour of Alanis Morrisette in 1996. Alanis had former Jane's Addiction bass player Eric Avery put together a killer backing band, this included Taylor and he just blew me away. Alanis did me a favor, where they took this relatively unknown Belgian band , K's Choice out on support, after she saw the band played at Holland's huge festival Pink Pop. I was a Sr. VP at Sony music and was hoping to break K's Choice in The US, this was our lucky break.

Taylor all made us feel at home, he was funny, charistmatic and had this woderful joie de vivre. Later Taylor became a member of The Foo Fighters, where I witnessed many of their concerts and Taylor was Dave's funnyman and sidekick.

My best story was when Pat Smear ( The Foo's Guitar player) asked me to take him to a " Yes" show at The Greek. I walk in with Pat and Taylor is there at "The Redwood Deck " a VIP area at The Greek. Taylor then tells us how he found Yes current lead singer Jon Davidson who was in a Rush cover band with Taylor in High School.

I chose this amazing Mat Hayward photograph, please notice Chris Cornell's image on the bass drum skin, what a tribute. My entire family were in tears  - Rock on Taylor forever...